Davis (UK) Davis) is a city located in the south of central Yoro County, California, the United States of America. It belongs to the Sacramento Arden Arcade Roseville Metropolitan Area. In the 2010 population census, the population was 65,622. It increased 8.8% from 60,308 in 2000. These figures do not include the population (5,786 in 2010) on the University of California Davis campus. However, the total number of students was 32,290. It is the largest city in the population in Yoro County and is the 122nd largest in the state.

Davis is known for being politically liberal, having many bicycles and many cycling roads, and having the University of California Davis Campus. According to the CNN magazine "Money," in 2006, it was ranked second in the educational city (based on the ratio of residents with degrees) (ranked first in Arlington City, Virginia).

Davis grew up around the Southern Pacific Railway Yard built in 1868. At that time, it was called 'Davis Building' after Jerome C. Davis, a well known local farmer. However, in 1907, the post office of Davis Building shortened the name of the town and called it 'Davis,' and the name became established. On March 28, 1917, it was incorporated as Davis City.

Davis is in the Sacramento Valley, north of Central Valley, in northern California. The altitude is about 16 meters (52 feet).

The land is flat, and it is a paradise for bicyclist.

Davis' climate is similar to that of nearby Sacramento City, and typical Mediterranean climate in Central Valley. In summer, it is dry and hot, in winter it is cool and rainy. According to the climate division of Keppen, it is located in "Csa." The average temperature will change from 46°F (8°C) in January to 75°F (24°C) in July and August. From late autumn to winter, it is covered with a low fog called Tully Fogg. This fog is deep and gives zero visibility. As in other parts of northern California, Tully Fogg is the biggest source of accidents in the winter.

The Davis City area is divided into two expressway-dedicated roads (Inter-State Expressway Route 80 and California State Route 113), a north-south railway (California Northern Railway), a railroad main line (Union Pacific Railway) in the east-west direction, and several main streets. There are six major districts below, each of which consists of a small district.

a botanical garden at the University of California, Davis

The University of California, Davis, is located to the south of Russell Boulevard, west of A-dori Street and south of First-dori Street. The campus site is not in the incorporated area of Davis City, and extends across Joro and Sorano Counties.

The following is demographic data from the 2010 census.

The city of Davis has a relatively large population of 14,355 Asian-American residents, and the number of residents from China, India, Korea, Vietnam, Philippines, and Japanese is in this order.

The following is demographic data from the 2000 census.

Approximately 66,000 Davis City is located next to the 32,000 students university campus. The campus site is not in the city, but many students live in the city.

California Northern Railway is headquartered in the city

According to Davis's 2011 Comprehensive Financial Report, the city's major employers are: 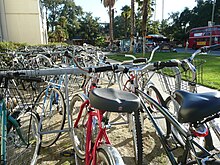 University of California at Davis

Bicycles have been a popular means of transportation in Davis City, and are used especially by students at the University of California Davis. In 2010, the Hall of Fame for American Bicycle was newly built.

In the 1960s, infrastructure for bicycles was a political issue, and in the 1966 election, the majority of the City Government Committee members became supporters of bicycles. By the early 1970s, the introduction of bicycle-related facilities became a pioneer. As the city expanded, new facilities were required. As a result, current citizens are enjoying a broad network of bike cranes, bike lanes, and separate heights of bicycles. The flat terrain and mild climate are also good for bicycles.

In 2005, a bicycle-friendly community project from the American Bicycle Users Union recognized Davis as the country's best city. In March 2006, a magazine called "Bicycling Magazine" featured "The Best City for Bicycles in the United States" and listed Davis as the Smallest City for Cyclists. The use of bicycles is decreasing among Davis citizens. According to the National Census Bureau, the ratio of those who commute by bicycle between 1990 and 2000 dropped from 22% to 15%. This led to the reconstruction of the city's bicycle advisory committee and the establishment of a promotion organization such as "Davis Bicycls!".

In 1996, 2001, 2006 and 2009, Davis's "Cal Again" team won the National Road Cycling Competition. The team has also participated in off-road and truck competition, and has participated in the national event of that kind. In 2007, he held a record-breaking bicycle parade of 822.

Every year, on one Mother's Day's weekend, various events are held on three stages of the Hall Earth Festival and at special venues. Most of the power used for the plant is supplied by solar power. It is mainly planned by students at the University of California, Davis, and works with students at experimental colleges and universities.

The Davis TransMedia Art Walk is a free, self-directed public art tour covering 23 mural paintings, 16 sculptures, 15 galleries and museums all on the campus of Davis City and the University of California Davis. Free maps will be distributed for all works. All the works are within walking distance. Even if you look at the whole work, you can go around in an hour or two. A chip with a wireless automatic identification device is embedded in all the works, and a mobile phone can access multimedia files on the works. If you can leave a comment, you can "burn your message" so other visitors can see it. It's only possible for artists to go on a tour by reservation on weekends.

Picnic Day is an annual event held at the University of California Davis, usually on the third Saturday of April. It is an event run by one of the largest students in Japan. It starts with a parade, goes through the campus, goes around the center of the city, and ends up a band battle. The last band sometimes ends at 2 a.m. There are over 150 free events every year, attracting more than 50,000 spectators. At the pavilion, there is Dachshund's race, also known as Doxy Derby, and there is Davis Rock Challenge, Chemical Magic Show, and Mutton Dog Show.

The Mondabi Center is located on the campus of the University of California, Davis, and is one of the largest seasons in Davis. There are many performances by world-class artists, including stars such as Yo-yo Ma and Cecilia Bartoli, and a large audience is gathered from Sacramento.

The California University Davis Garden is a garden of trees and plants. Plants from all over the world are growing in every part of this park. There is a cluster of endemic species, such as oak, and there is a small Redwood forest. A small channel runs along the river bed of the former Puta Creek North Branch. Around this waterway there are rabbits, kingfisher, and cormorants, and there are always magamos. In many cases, volunteer naturalist tours are held for elementary school children.

The Domes (also known as Bagins End Innovative Housing) is a communal residential town on the campus designed by Ron Swenson in 1972. a sustainable research area on the west end of the Orchard Road that consists of 14 domes of glass fiber covered with polyurethane. Twenty-six students from the University of California Davis live there. It is the only student community housing town in Japan, and it is an early example of the 'small family movement' that has been growing in recent years.

Davis Farmers Market is held every Wednesday night and on Saturday morning. Participants sell a wide range of fruits and vegetables, ready-made food, dairy products, meat (often sold from certified organic farmers), crafts, plants and flowers. From April to October, 'Picnic in the Park' is held, and music performances and food sales by street stalls are held.

In "America's Favorite Farmers' Market," which is organized by American Farm Land Trust, it ranked first in the large-scale category in 2009 and second in 2010.

In the city, a daily newspaper "Davis Enterprise" was published in 1897. The University of California, Davis, has published a daily paper called "The California Aggies" that deals with the campus, local and national news. Davis Media Access, the town's media center, is the parent organization of the TV station DCTV. Many commercial broadcasts are being broadcast from nearby Sacramento. There are two FM radio stations. One is broadcast from the University of California Davis campus. The other is belonging to Davis Media Access, and is the initial low-power station as a domestic FM radio station. The "DavisWiki," the world's largest region, is also maintained.

Davis's Todd Tunnel is a wildlife intersection created in 1995 and has been attracting a lot of interest over the years, with TV's "The Daily Show." Building a land bridge, animal lovers were concerned about the killing of toads in a car from South Davis to North Davis. for the toad sprang from one bank to the other reservoir. After many discussions, it was decided to build a tunnel of toads under the Paul Line Road crossing the Interstate Expressway 80. The construction cost $14,000. The tunnel is 21 inches wide (53 cm) and 18 inches high (46 cm).

This tunnel also created a problem. The toads did not attempt to use the tunnel, so they tried to use it with a light. However, the toad died from the heat of the lamp in the tunnel. Even if the toad went through the tunnel, the clever bird was waiting at the exit where the toad appeared, and it was necessary to fight it. The exit of the Toad Tunnel was decorated by the post office chief, in the likeness of a toad town.

For more information, refer to the University of California Davis School 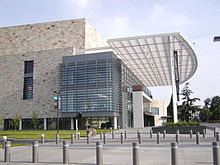 D-Q University is also called "Deganawida Quez Alcourt University" and is a two-year university that is much smaller than UC Davis. It is 6.7 miles (11 km) west of California State Route 113 along Route 31 in Yoro County. Just west of Davis, near Joro County Airport. About four miles (6 km) west of the station, there is a ciphered sign called 'DQU' on the Interstate Expressway Route 505 to No. 31. The altitude is about 100 feet (30 meters).

This university was closed in 2005. It is said that the curriculum included traditional Indian rituals. According to the Five Views publication published by the National Park Office of the United States, the 643 acres (2.60 km 2) and five buildings were reserved for the Yuan Army. According to some Indians, the full-spelling name of the university can be offensive. Those who have cultural respect will be called D-Q University. Indians in certain circumstances may use their full names.

The municipal schools in the city are managed by Davis Joint School District.

There are nine elementary schools in the city. There are one school that provides independent education, three junior high schools, one high school, one International High School and a small industrial school. César Chávez Elementary School is a Spanish language school, and there are no English classes until the third grade.